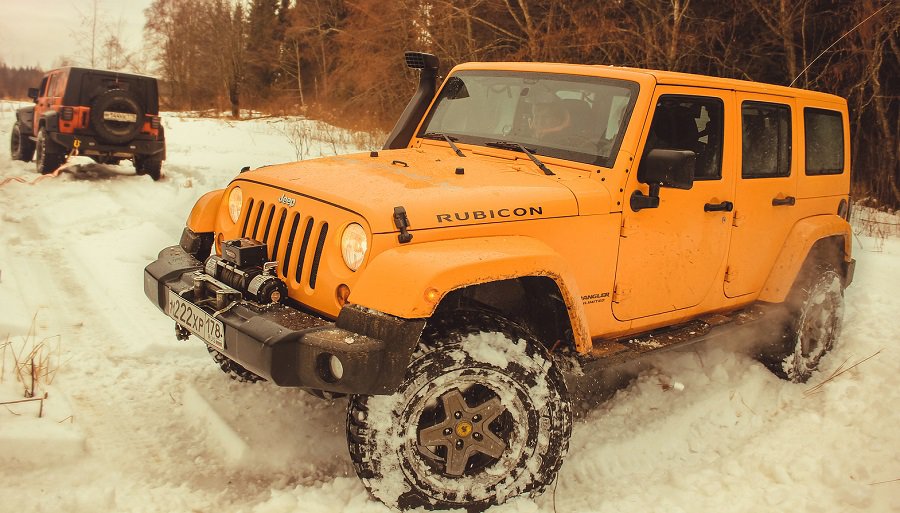 Snow season is fast approaching and you may be worried about driving in the snow, especially if you aren’t really experienced driving during the winter. That’s why plenty of people use a locking differential that would enable them to perform better whenever winter is about to hit. But plenty of people actually doubt the performance of lockers either due to inexperience or poor driving. So, do lockers help in the snow?

Lockers are good for snow because they make each wheel move at the same pace. Each wheel moving at the same pace helps you gain traction while driving during poor weather conditions, such as when it is snowing. Without lockers, one wheel can spin freely after losing traction.

Locking differentials tend to be quite misunderstood in the 4×4 community. Especially when some drivers don’t understand how they work or are unable to quickly adjust to the difference they make during snowy conditions. After all, lockers are not supposed to be used when driving on the road except when the weather conditions are poor.

Let’s get to know more about how a locking differential can help you drive better during winters.

Does Locking Rear Differential Help in the Snow?

First off, some of you might be wondering what lockers are and what they do to your vehicle. Because of that, we will discuss how your vehicle’s differential works and how a locking differential affects the way you drive.

The wheels on a 4×4 vehicle actually rotate at different speeds and have their own pacing. In other words, the wheels are independent of one another and are much more efficient at turning corners due to how they don’t spin at the exact same speeds. The wheel on the inside of the turn rotates slower than the wheel on the outside.

All powered axles on a 4WD vehicle have a differential both in the front and the rear. The purpose of the differential is to direct power towards the wheel that will rotate easier than the others whenever you are turning corners or navigating terrain while still providing enough power to the other wheels.

A two-wheel-drive (2WD) car will only have one differential found at the front or rear because those are the only wheels that will be turning. A 4WD usually has 2, and an AWD usually has 3.

But, it is important to note here that lockers should only be used for very extreme conditions and sometimes slower speeds. The reason for that is you may end up losing a bit of control if both the left and the right tires were to move at the same speeds especially when you are turning tight corners.

When you are turning a corner with both wheels moving at the same speeds, you will end up with unstable handling and sliding.

You should only be locking the differential if you need to. Like when you are driving off-road and in snow. That said, lockers can be great to use for snow because of how built-up snow can lead to lost traction in a single tire. Locking your differential can help maintain power to each wheel evenly, allowing the tire with traction to keep moving you forward.

When you are driving on a road that is covered by snow regardless of the depth or if the road is icy and slippery, limiting the slip is always the best option for you and your vehicle. That means that you need to focus more on gaining traction to reduce the slip.

Driving on ice can be tricky, but locking your differential can help. When one tire starts spinning on ice, the opposite tire can still hold it’s traction and maintain a consistent rotation from the locker allowing your vehicle to continue to move forward.

What Is the Benefit of Locking Rear Differential?

The true benefit of locking rear differential is that you are able to allow both rear wheels to move at the same exact speed without allowing your vehicle to transfer more power to the wheel that is able to turn much more efficiently.

While this is not a good idea when you are driving on the road where you can easily gain traction, this is best for off-road conditions where both of your wheels need to be moving at the same speed so that you can gain more traction.

Think of it as when you are rolling a coffee cup that’s been placed down on its side. Because the larger portion of the cylindrical coffee cup is able to rotate better, you are transferring more speed to that portion even though you may be rolling the cup in the middle.

What happens is that the cup will actually be rolling in a circular motion instead of a forward motion because the smaller portion is “locked” while the larger portion has the majority of the power.

But that is true only when you are rolling the cup on a flat and smooth surface. If you tried rolling it on a rough surface, it will struggle to actually roll because only one side of it is getting more power.

Compare it to a cylindrical cup that is equally shaped instead of the cone-like shape that coffee cups have. These cups, because all sides are moving at the same speed and power, are able to navigate through a rougher surface better than a cone-shaped coffee cup.

That is what happens when you are driving a 4×4 vehicle on a normal road in comparison to a rough road. So, by locking the rear differentials, you are now transforming your vehicle from a cone-like coffee cup into an equally shaped cylindrical cup that is able to gain more traction due to how all sides have the same power and speed.

Is a Locking Differential Worth It?

So, is locking differential worth it? It is worth it if you are often driving in rough conditions such as driving your vehicle through the mud on the farm or whenever you are in a place where snowfall tends to be heavy.

. There is no doubt the off-roading enthusiast considers having lockers as a huge plus when building a rig.

However, if you are driving your 4×4 vehicle in a big city where the roads are often cleared up by other passing vehicles or by street sweepers, it might not be a good idea to lock your rear differential because you may still be able to drive safely and efficiently on the road.

Are Lockers Good for Snow?

All that said, lockers are indeed good for snow because of how they allow your 4WD vehicle to gain more traction especially when the snow is too thick and it has severely affected the driving conditions of the road you are on.

But what you have to consider here is that locking your differential may only be second to winter tires in terms of safety. It’s always better to make sure you are driving with tires that were meant for snow because of how they allow you to improve your vehicle’s grip on the road regardless of whether the conditions are snowy or icy.

Still, it doesn’t hurt to prioritize your safety and your vehicle’s overall condition by using lockers whenever you feel like the road is too difficult to navigate through under normal conditions.

Born and raised in beautiful Northern Michigan, I've have spent two decades enjoying everything the outdoors has to offer. When not working on RigForge, I spend my time Overlanding and tackling off-road trails while sharing my experiences and testing gear along the way. My current rig is a 2013 Jeep JKU Moab.

link to How to Choose an Overland Vehicle: The Ultimate Guide

Looking for a great overland vehicle for your next adventure? We’ve got you covered. The best overland vehicles have a durable engine with good fuel economy, solid axles, a suspension with...

Overlanding, where you rely on yourself throughout your travels, and where the journey itself is more important than the destination, is becoming an increasingly popular pastime for those bitten by...

Overlanding is something we have become obsessed with over the years. Nearly every weekend, we out off-roading, camping, or wrenching. Overlanding is a true passion and we've learned from on-the-ground experience what gear works and what doesn't. RigForge is where we share everything we learn on our expeditions.

RigForge is a participant in the Amazon Services LLC Associates Program, an affiliate advertising program designed to provide a means for sites to earn advertising fees by advertising and linking to Amazon.com. We are compensated for referring traffic and business to Amazon and other companies linked to on this site.